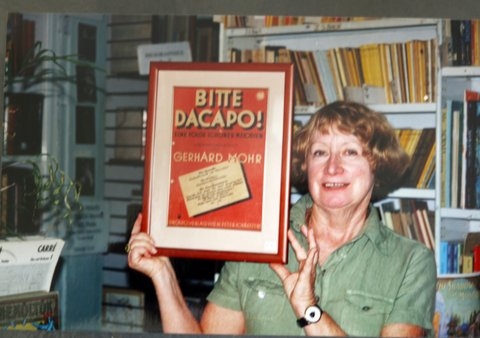 Da Capo Music began many years ago in a room inside the Cornstalk Bookshop on Glebe Point Road. The Da Capo founder Patricia Baillie had a lively interest in music and showed all the symptoms of a committed Wagnerphile. Patricia built Da Capo into a successful business and before long it expanded into the premises next door where it remained for sixteen years. Da Capo built up a reputation as the premier source of second-hand and  rare out of print music books and sheet music in Australia.

The National Library of Australia and the State Library of NSW were strong buyers, and Da Capo was proud to place in the National  Library the first sheet ever published in this country (Echo’s Song,  1837).  Patricia travelled to Eastern Europe on buying trips, and as a result La Trobe Uni  is rich in modern Polish music, and the late Charles Mackerras added to his library of Czech music.  We should mention multiple, badly bound copies of The Nose by Shostakovitch, bought in St Petersburg.  Yes, all sold – eventually.

Leading musicians, composers, conductors and players  frequented the shop.  Da Capo made a rich contribution to the musical life of  Australia.

Twelve years ago, Da Capo made its first tentative steps onto the web offering over 11,000 items for sale to the world. In June of 2004, Patricia decided to broaden her horizons and handed the business over to her daughter, Meredith Baillie. Meredith brought new life to the shop and soon expanded her interests, opening a general second-hand bookshop, Sappho Books, Café & Wine Bar also on Glebe Point Road. Sappho has itself now become a Glebe institution and is known not only as the best second-hand bookshop in Sydney but also as a home of great coffee.

In July 2006 economic necessity forced Da Capo Music to finally move in with its sister shop, Sappho Books, at 51 Glebe Point Road where it continues to provide the only source of second hand and out of print sheet music.

We have a large range of second hand sheet music at great prices. 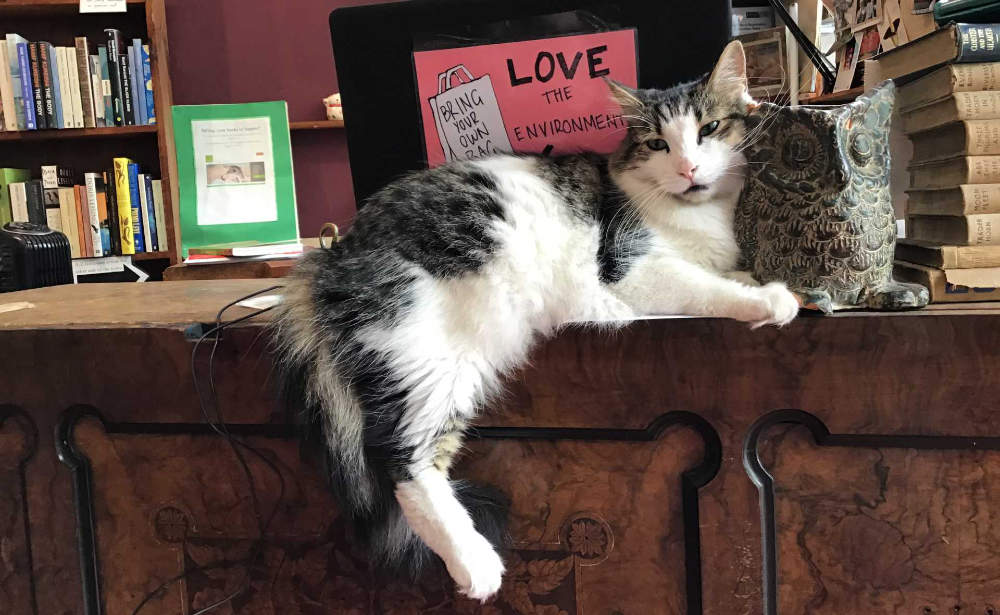 Selling Your Music to Da Capo

Where can I sell my second hand sheet music? To us! We are very keen to be BUYING MUSIC, so if you are inspired to use this time to sort and clean out your libraries, you can drop your music in to us. Or if you live anywhere on the route between Berowra and Glebe you can even organise a contact-free pick up from your home. Please see the ‘Selling your Sheet Music’ page for more details or send us an email.

We are more than happy to take your search requests for all sheet music scores, and books on music, via email.

“If we understood the world, we would realise that there is a logic of harmony underlying its manifold apparent dissonances”

... for your custom and support during these difficult times. It would be very much appreciated if you would share our website with others in your musical community.

Edit: These have now been sold. Thanks for your interest!Here's something cool that's just turned up - check out these graphic novel adaptations of famous operas by P. Craig Russell!These gorgeously illustrated works breathe new life into operatic classics! We're selling these volumes for $16 each; get in quick if you'd like to add them to your collection (no holds, sorry!) ... See MoreSee Less

Update: This item has now been sold! Thanks for checking it out!This is one of the most beautiful sets of works that we've acquired recently - it's a complete set of the keyboard works of Couperin, in an as-new condition Durand edition!The books come from two different printing runs, but use the same Durand set of plates. The immaculate engraving and modern realisation by Louis Diemer really brings these works to life!We're selling these 7 books together for $160. Please message or email us if you'd like to purchase them (no holds, sorry). ... See MoreSee Less